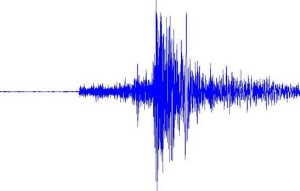 Steven King, you do not scare me. Kathryn Schulz, you keep me up at night with the lights on. You terrorized the Pacific Northwest in July with your New Yorker piece entitled The Really Big One. The article depicted the Cascadia subduction zone, a geological fault line running from Mendicino, California to Vancouver B.C. and its potential to devastate our beloved corner of the globe.

My first thought was to move. I came to my senses, then realized that even if I didn’t leave, others might and a mass exodus would be lousy for business. Thankfully, people don’t seem to be leaving. Notice the paltry 2.5 month supply of homes in the Market Stats section below; we have more people wanting to buy than sell. Instead, some are taking action. Maybe this article was sorely needed.

The Tacoma News Tribune ran an AP piece recently about an early warning system on the horizon. ShakeAlert, being developed and tested by the US Geological Survey in partnership with university researchers, uses hundreds of seismic sensors around the Pacific Northwest to detect harmless, fast-moving signals that precede large seismic events like the horrifyingly dubbed “full-margin rupture” that Kathryn Schulz imagined in gory detail. If successful, ShakeAlert could provide just enough warning to do very good things, like slow trains to prevent derailing. It won’t furnish enough notice to run out and buy earthquake insurance or catch the next flight out of town, sadly.

Not all areas would be affected equally. I asked Dr. Jeff Tepper, a geology professor at UPS, what parts of Tacoma would be quaked the hardest. He said areas in lowland river valleys such as the Puyallup river valley have greater potential for soil liquefaction due to unconsolidated soils resulting from glaciation. An area like that is more likely to experience damage to structures. However, in my years of selling homes in Tacoma, we have lots of older homes, many of which are not bolted securely to the foundation, so there is a risk of the house sliding around, or off. I called a company recently about seismic retrofitting. This was their recorded greeting:

“If you are calling about earthquake retrofitting, due to overwhelming demand we have suspended accepting new inquiries…” More evidence of people taking action.

Retrofitting an older home in our area typically costs between $4,000 and $9,000 dollars, according to my internet research, and takes about a week. Retrofitting secures the house to the foundation and aims to prevent collapse of the cripple wall.

I caught up with my friend, Tom Paine of Gus Paine Insurance to discuss financial protection. I learned a few things. First, your homeowner’s policy does not cover earthquake damage. Most insurance companies don’t even write earthquake policies. Your lender does not require it, so the topic doesn’t arise and people don’t realize they are exposed to the financial equivalent of a full-margin rupture on the heels of the literal one. A premium on an average ($345,000) home in north Tacoma would run about $1400 per year, although that varies with many factors. Note to the third little pig, if your home is brick it may withstand huffing and puffing, but it will cost more to insure against seismic damage.

The deductible on earthquake insurance is high; commonly 15% to 20% of the coverage amount. Minor damage will not reach that threshold and will therefore come out of your pocket. It would take big wreckage for the policy to kick in. For these reasons Tom says many people choose to go without. He does think coverage is wise. He has it for his home. Thanks to Kathryn Schulz, so do I… and my house is brick.

There is much you can do to prep for an earthquake and other natural disasters. Hopefully the really big one will not hit in our lifetime, but it doesn’t hurt to be prepared. 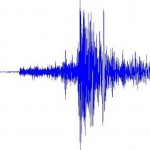