An open house visitor once approached David to warn that another guest upstairs was looking through a jewelry box. David ran up to the bedroom to confront the man who quickly closed his hand to conceal something. David asked the man what he was doing.

“N… Nothing,” the man stammered.

“Do you have something in your hand?”

The man’s expression changed to moral outrage. He demanded to know what David was implying. “How dare you have the audacity to accuse me of… whatever it is you are accusing me of?” he said.

“Okay, well, why don’t you just open your hand so we can put this to rest,” said David. The man opened his hand which contained a necklace. “Please put the necklace back in the box and leave.” Thankfully, the man complied.

Are open houses a good idea?

After decades of selling real estate our opinion has varied little on this question even as technology and buyer behavior have morphed. Basically, we are lukewarm on open houses. We decide on a case-by-case basis after talking with our sellers. Many of the same negatives remain. It is still inconvenient to leave your house for a few hours. It is very unlikely a buyer will “discover” the property because they happen to drive by. Nosy neighbors and looky-loos will probably attend; a notion that drives many sellers crazy. Criminals and degenerates could rummage through the medicine cabinet, or jewelry box. It doesn’t happen often, but it can happen. For reasons like these, many Tacoma home sellers eschew open houses. If you are big on privacy, security, and doing things that are proven effective, open houses may not be for you.

Prior to the late 1990’s, buyers did not have access to MLS listing information. There was a greater chance of a buyer learning about the property by wandering into an open house. That has diminished to almost zero. When someone decides to become a home buyer today they pull out their phone and start. They see the available homes in glorious detail. I suppose I remember recent open house visitors saying they stopped in after seeing my open house A-board out on the curb, but I can’t relay even one story of them buying the house. There is usually some misalignment between their needs and the house they found by mere chance.

On the Other Hand

One thing that has changed in favor of open houses is that the date and time appear on most sites and apps where buyers look. Typically, they will have a running list of favorites and they watch for open houses to check them off. These buyers tend to have an agent already but may not want to bother them with scheduling every home on their list, which is funny since that is part of their agent’s job. If they like the house they usually come back with their agent for a second look and hopefully write an offer. Interestingly, I as the listing agent probably will never know that they first saw the home at my open house. This buyer behavior alone may be justification for doing one. Would that same buyer have scheduled an appointment if there was not an open house? Probably, but I can imagine scenarios where the person gets busy and never gets around to it.

An open house is a good way for agents to meet new buyer clients. That is a big reason they even exist; that and the fact that sellers request them. Sellers tend to overestimate their effectiveness. Many sellers reject or delay responding to an offer for days because of a forthcoming open house. If a bird in the hand is worth two in the bush, an offer in hand is worth a hundred open house visitors in my estimation. There are small benefits that accrue to the seller, there may even be an increased likelihood of finding a buyer, though slight. That small advantage must be weighed against the negatives mentioned above and decided on a case-by-case basis.

There are many factors to discuss with your agent; including how buyers in that area and price range actually shop. Talk to your agent about whether to host an open house. Hopefully they are presenting the home in its highest and best light online and doing enough quality marketing that you don’t have to pin your hopes on an open house. The top Tacoma listing brokers may hold open houses but do not rely on open houses to get the job done. 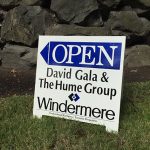