Selling Homes Can Be Scary 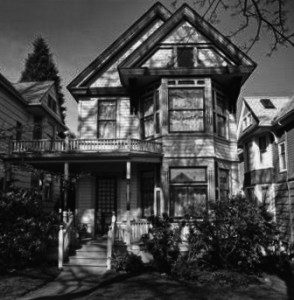 House pictured is NOT the house in the story.

Our photographer returned to the office after a photo shoot in the north end looking freaked out and talking fast. She told me about photographing the main floor then walking upstairs to shoot the bedrooms. At the top of the stairs she felt a hard shove on her shoulder, but there was no one else in the house. There was no question in her mind that something had done this; it was no muscle spam or figment of her imagination. Something, or someone, had shoved her. She managed to finish the shoot with hands shaking.

As she sat at the desk near my office editing the photos, she suddenly cried out.

I walked over to her desk. The camera, plugged into her computer was now empty except for the shots taken upstairs, after the paranormal shove. Everything before that, including photos of the downstairs and some shots of her son, were gone, erased from the camera’s memory card, as though whatever did the shoving also zapped the memory card clean.

At this point I was a little spooked myself, so I called Matt to tell him the story. After listening patiently he said “That’s funny. Good one. You do remember me telling you that story awhile back?” I did not remember, although as he repeated it, it did ring a bell. He said that when he walked through the house a few months ago he felt a shove on his shoulder when he reached the top of the same staircase.

“Did you tell Stacie that story?” I asked

As the day went on we realized no one was playing a gag. Both Matt and Stacie had the same experience in the same place in this same house. We wondered if we had come in contact with an actual haunted house.

Incidentally, listing agents are not supposed to disclose if they feel a house is haunted because that disclosure could harm the seller and is not considered a “material defect”. We checked! Agents must disclose if the basement is known to be leaking, but not if it is possessed by spirits, demons, goblins or ghouls. 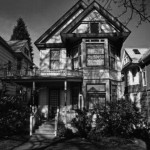