A story from Westgate Tacoma Neighborhood

Harold Prescott is a kindly, outgoing man with an unbelievable memory for names, events and even conversations going back half a century or more. He is a member of what Tom Brokaw called The Greatest Generation. Harold built his Westgate Tacoma home in 1955 and lived two thirds of his 90 years there, up until a couple of months ago. To put this in perspective, in 1955 Rosa Parks famously refused to give up her seat at the front of the bus, Alfred Hitchcock Presents debuted, and Ray Croc opened the first McDonald’s. Harold had been living in the house 8 years when JFK was assassinated.

What Harold loved best about Westgate was the people. Two of his three girls were born while the family lived there.  Each graduated from Wilson High School. Harold recalls there were young families with kids in many of the nearby homes. He watched the neighborhood evolve as kids grew and flew the nest.  Most of the original owners moved away or passed away. He was among the last to leave.

Harold enjoyed visiting with neighbors.  Our friend, Jackie, who lives kitty-corner speaks to Harold regularly, even now that he has moved. They watch out for each other, as great neighbors do.

The home is a rambler, mostly, with a small 2-story wing at one end. It features matchstick oak hardwood floors and original redwood paneling in the living room, faded in places where the Prescotts hung paintings over the years. The home is unpretentious, practical and solid—built at a time when good lumber was abundant and a 2×4 measured 2 inches by 4 inches. It is representative of homes in Westgate area. You will also find an abundance of 1970s split-levels and tri-levels.

Westgate is the area surrounding the Westgate shopping center. Kandle Park with its wave pool, community gardens and skate park is there, as is Wilson High School, a Safeway grocery, local restaurants such as Joeseppi’s Ristorante, El Toro (Mexican) and Flying Fish Sushi. The Westgate Barbershop where Harold had his hair cut all these decades is still there, though it has changed hands a few times.

Jessica and Zack bought the house in late July, beating out another eager bidder. They had the hardwoods refinished and recently moved in. The couple was attracted to Westgate area because they felt it was safe and affordable compared with other North Tacoma real estate prices. They also found the proximity to downtown Tacoma and Point Defiance park very appealing. The draw was not only logical, but emotional. The moment Jessica walked in she had a strong sense this was going to be their home.  I had shown them lots of houses and never saw this kind of reaction previously. 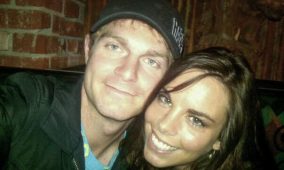 Zack and Jessica are in their early thirties, Millennials, similar in age to Harold when he had the house built. They are very pleased to discover that people are so friendly. Right away neighbors
stopped over to say hello and get to know the new owners a bit. Jessica says she loves that sense of community. The couple enjoys dinners at Joeseppi’s and catching a movie at the Blue Mouse in nearby Proctor district.

Harold was very happy to know that the home was going to a young people. Their story was a big part of why he chose to sell his Westgate Tacoma home to them. He has high hopes Jessica and Zack will love it and the Westgate neighborhood as much as he has. 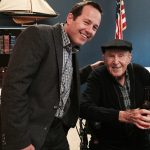