Although that city to the north tends to hog the spotlight, there are several movies shot in Tacoma. Granted, in some of them, Tacoma earned only a cameo.

Perhaps the most famous of those movies is Cameron Crowe’s 1989 romantic comedy, Say Anything. Ostensibly set in Seattle, the movie was largely filmed in Los Angeles. But if you keep your eyes glued to the screen, you might catch that one scene in which Lloyd Dobler (John Cusack) drives by Bob’s Java Jive on South Tacoma Way.

The café in the shape of a giant coffee pot makes another appearance in the 1990 black comedy, I Love You to Death, staring Kevin Kline and Tracey Ullman. As opposed to serving as a mere backdrop, Bob’s Java Jive hosts a nefarious meeting between Devo (River Phoenix) and would-be hit-men Harlan and Marlon (William Hurt and Keanu Reeves).

Other Tacoma-area landmarks featured in the movie include Stadium High, the Elks Club, Holy Rosary Church and the Bostwick Building downtown, home of the fictitious Joey Boca’s Pizzeria. You can still visit today, but the once vacant corner shop is now a Tully’s Coffee.

Peyton Field gets a makeover

Prefontaine, one of two movies about the legendary University of Oregon track star that came out in the late ‘90s, is supposedly set in Eugene, Oregon. But guess where most of those track scenes were shot? University of Puget Sound’s Peyton Field. Yes, UPS’s humble little stadium was given a Hollywood makeover so that viewers thought they were watching Steve Prefontaine (Jared Leto) burn up the track at Eugene’s venerable Hayward Field, circa the early 1970s.

Much of The Hand That Rocks the Cradle, a 1992 psychological thriller directed by Curtis Hanson, was shot here. It was filmed at 808 N. Yakima Ave, a beautiful old Victorian home situated between the Stadium District and Old Town. Built in 1891, the 6,015-square-feet house still looks much as it did in the movie. It was last sold in 2001 for $675,000 but these days is valued north of $1 million. 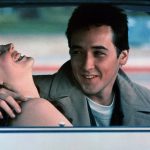