Do you ever have days that you just want to jump in the car, take in the scenery and snap photos? If so, you don’t have to go very far. From expansive beaches to historical structures, Tacoma offers amateur and professional shutterbugs alike, picturesque locations definitely worthy of your Facebook and Instagram, if not 9 framing.

Here is a list of 9 such places, right here in our backyard.

So as you can see, our fair city is not lacking of photo opportunities. Tacoma houses so many different and interesting landscapes, sites and structures, the picture taking prospects are endless. If you’ve not been to some of these remarkable and mind-blowing places, take a day and go. Or find your own picturesque adventures and tell us about them. Either way, it will be well worth the trip and you’ll have loads of material for your Instagram. 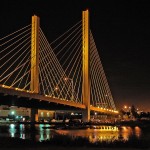